Artificial Intelligence (AI) is hot, not only in the IT and science community but definitely in the media world. A lot of movies and news articles deal with it and mostly inspired by fear.

At Centillien we also have the necessary experience with AI. We have built a chat robot which is capable of recognizing emotion we use machine learning for several applications.

Let me start with demystifying the biggest myth. Artificial Intelligence in its current form is not what films and news make of it. Basically, it is not intelligent at all. The biggest step forward in this field is adding a learning principle to computer code. This is a big step for applications and you can do wonderful things with it, but it is not even near to an intelligent creature as we know from the SF movies. This would require a machine that is capable of thinking for itself and is able to create its own reasoning. Such machines would also have unlimited access to all information in the world. That part would be the easiest to accomplish.

Let me try to explain how machine learning can be used to be seemingly intelligent. When a human asks a question to a computer, it will break down the sentence in words, compares them to languages and has an algorithm to see which words are important for the context of the sentence. It can also see if it is a question or just a statement by analyzing the sentence in the context.  For example, we let our chat robot read Wikipedia and indexed it. In the index, a lot of words can be matched against questions a user can ask. This model is not perfect yet, because the software needs to learn more about how people ask questions and what do they mean exactly.

Facebook made the news because they had 2 computers communicate with each other and it seemed that they developed their own language.  Facebook shut down the project because who knows what those two were plotting? Nothing more than a big marketing stung is my conviction. Most likely is that they got “confused” from each other and were trying to understand the language of the other, but only got farther from home while doing that since none of them were using words that actually meant anything.

We at Centillien have an idea how to actually make a computer intelligent, but it still needs a lot of research, coding and experimenting. We will let you know on the progress in this blog, so keep checking.

Is the fear that an AI will erase humanity and all life with it? Absolutely, de reason for that is that an AI has no real social feelings of compassion or attachment. It can recognize emotions and respond to it but that is not the same as feeling it. A simple task as cleaning a floor might trigger the destruction of all life. Such a task is taken very seriously by a computer since it is his only task and it will do anything to complete that task and improve the efficiency of cleaning by reducing any need. Since humans and animals can make the floor dirty again, it could decide to exterminate both to prevent the floor from getting dirty. From a strictly rational point of view, this is very efficient.

Many people will think, but we can create rules for this to prevent such things from happening. The first attempt was done by Asimov, who wrote down the three laws of robotics. Another rule was added later. But unfortunately there are countless conflicts a computer can encounter with those laws and it will try to solve it as a rational being but we simply do not know what it will choose as the best outcome. Where laws in countries give humans guidelines, you can also see that people try to find ways to circumvent them.  But such laws are definitely not clear enough for a computer and will not rule out every possible way to get around them. It would probably need millions of rules to prevent an AI to take drastic measurements while completing its tasks.

Ho far are we from true AI (generic AI or AGI)? That is a very difficult question to answer. Estimates range from a couple of years to a hundred years and both arguments for such timelines are logical because innovation usually goes jerkily.  A large discovery can bring AI to the near future, but if none happens it will take a long time.

Another interesting question is whether we should give AI true emotions if we could. So not just understand us. but also feel emotion. Humans and animals developed emotions to survive. Fear helps to avoid risk, social feelings made us work together and love/sex helps in reproduction and not abandoning our kids while they are still very vulnerable.  A robot however has no need to reproduce an is strong enough to survive on its own. Nevertheless, we can simulate those feelings for a machine so it will look real for the robot. The biggest disadvantage of that is that with emotions it will develop its own interests. We for instance make ourselves most important, than our direct environment (family and friends), village, country, species (humans more important than other species) It would be very disturbing if an AI would feel similar because for once it will void Asimov’s first and most important rule (a robot should not harm people). People void this rule all the time because of the forementioned conflicts of interest. Therefore I think we should not give emotion to an AI, but know that it will get them anyway, simply because we can. History shows that if it can happen, it will happen. 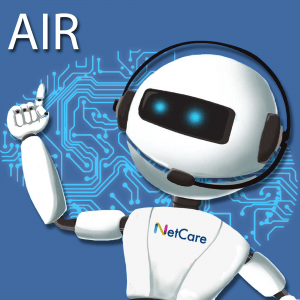